When asked 4 years before installation if it was possible to design a convex and concave green wall system for the new Seminole Hard Rock Hotel and Casino in Hollywood, Florida, Agrosci responded, “We can figure it out!” which became the motto of the project. 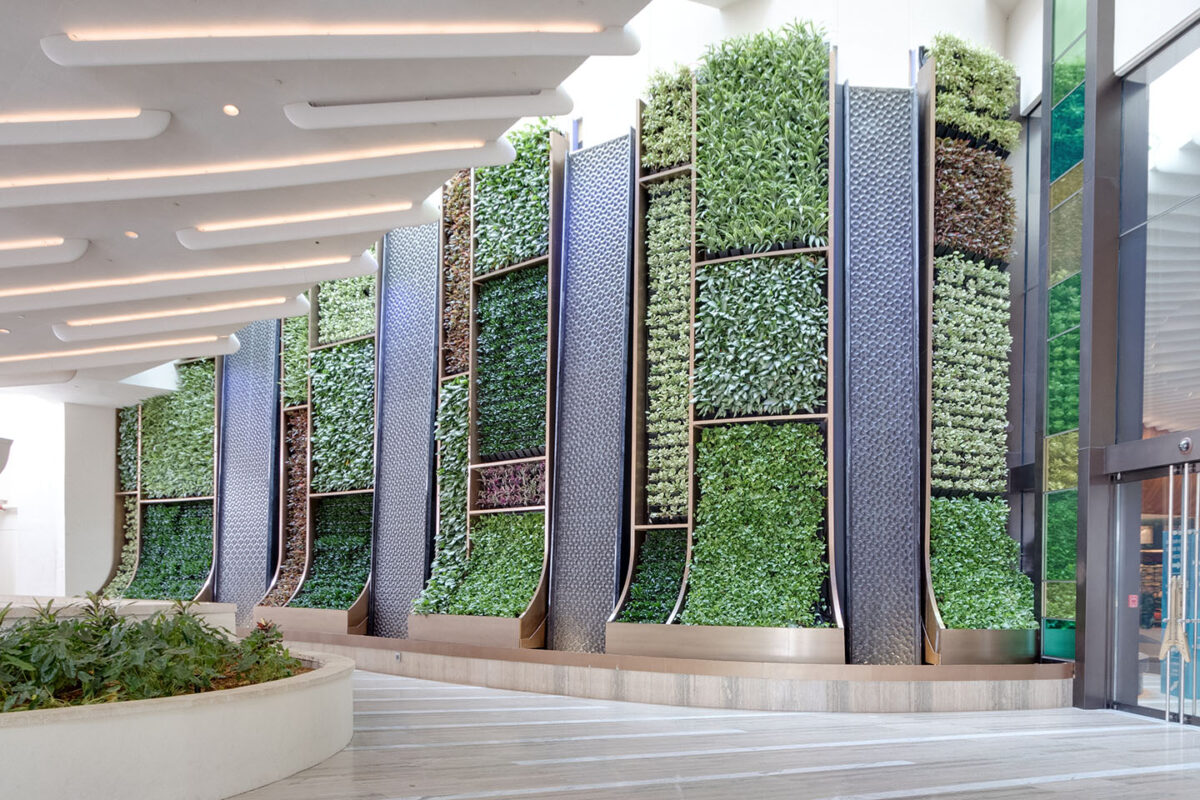 With an extremely talented and experienced group of industry personnel, AgroSci’s primary directive has always been “put the plants first, engineer the structure second” so the challenge of designing and developing a unique, one of a kind green wall system promotes the plant sustainability had to insure that regardless of the end objective, plant health and vigor were the primary drivers.

Using an engineered soil mix, proprietary to AgroSci’s green walls, Hollywood, FL, and the extruded channel system – Aerogation® – AgroSci’s uses in many applications, AgroSci modified the irrigation flow methods to accommodate the convex “flair” at the base of the green walls and bent the channels through the addition of heat and pressure to adjust to the convex areas of the circular wall structure. The result is a stunning 360 degree experience of Green wall, waterfalls sound and visuals.

As the circular Oculus is one part of over 8,000 square feet of greenwalls and over 28,000 individuals plant installations, the total project at the Hard rock became the largest installation at a single site of greenwalls in the US. 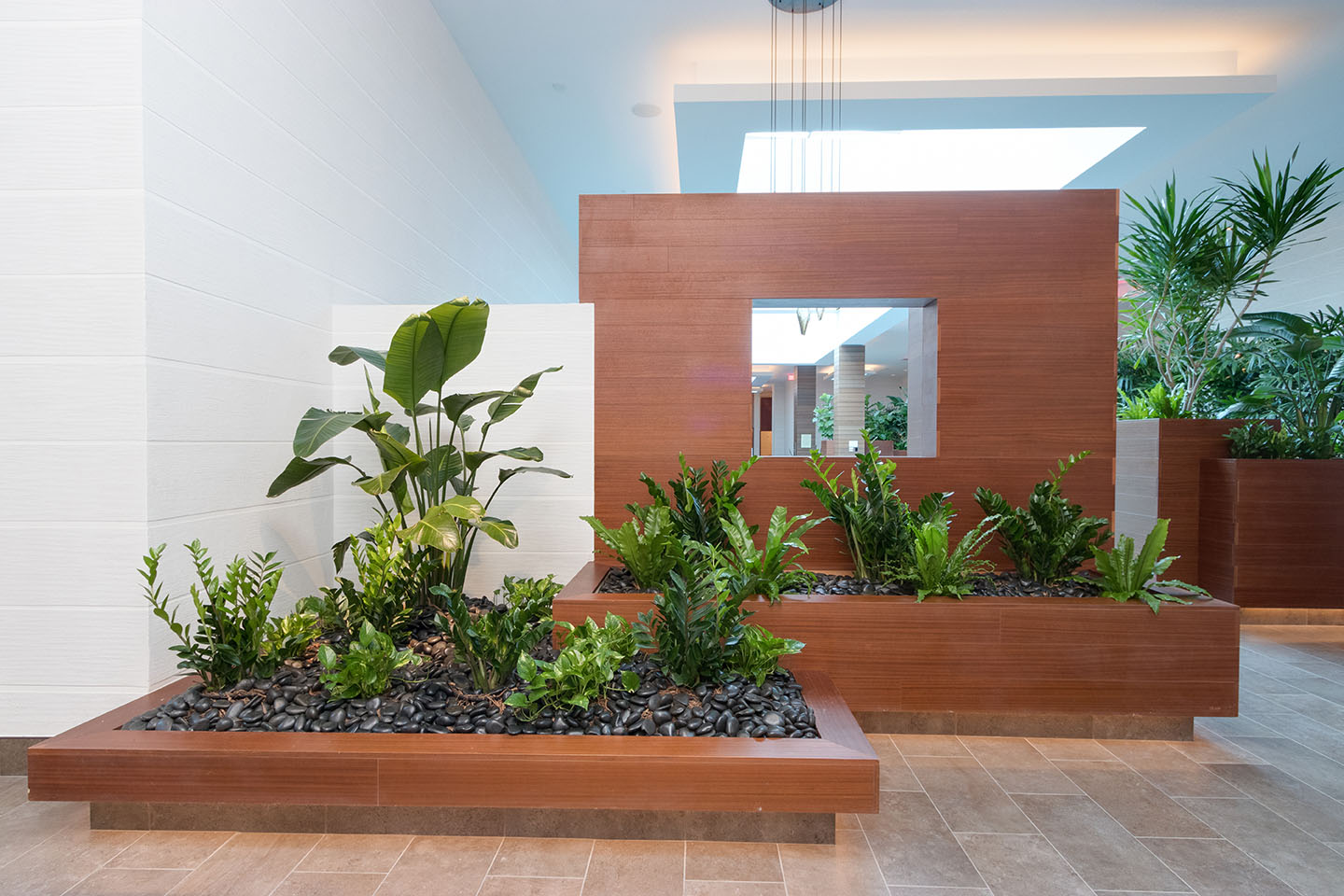 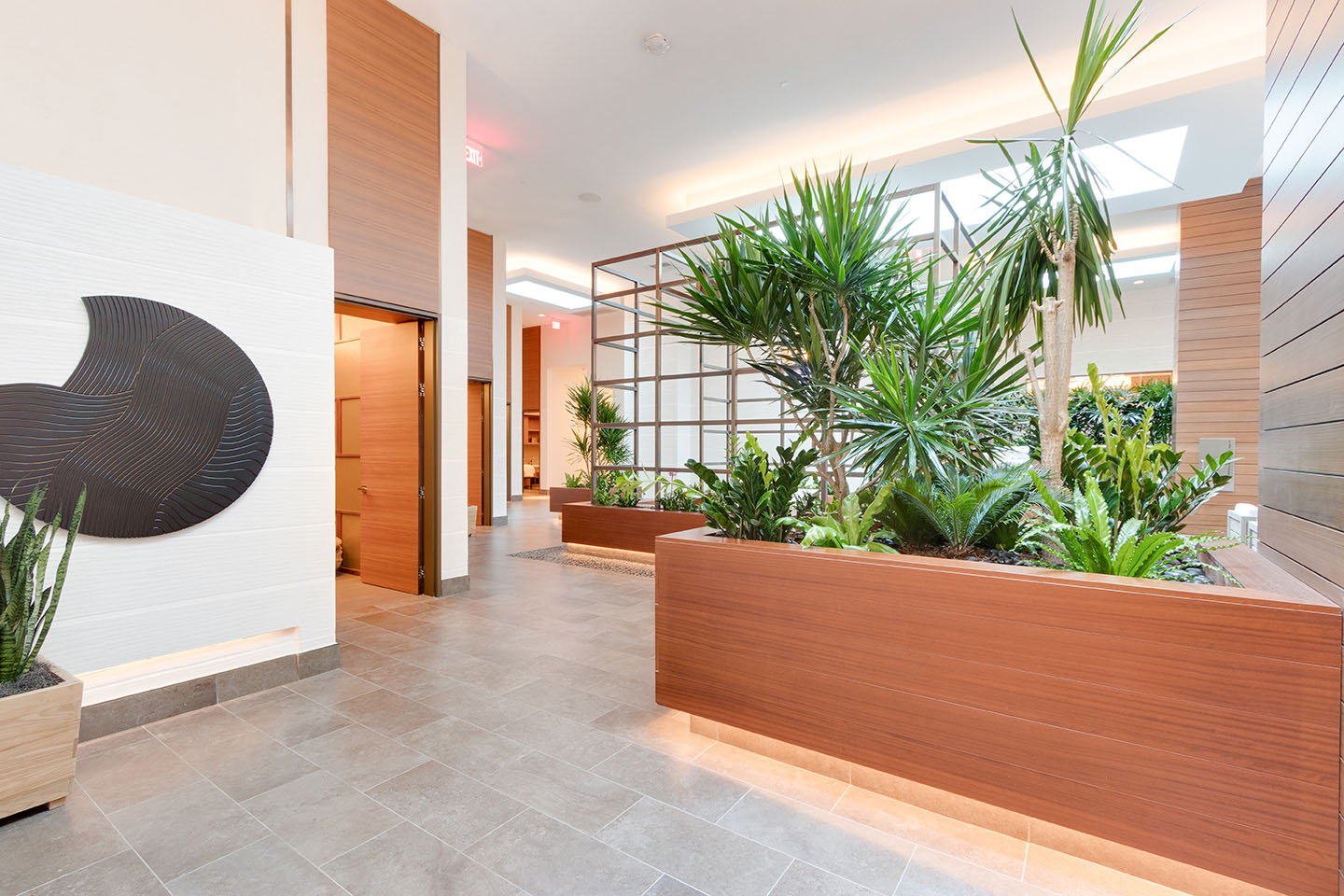 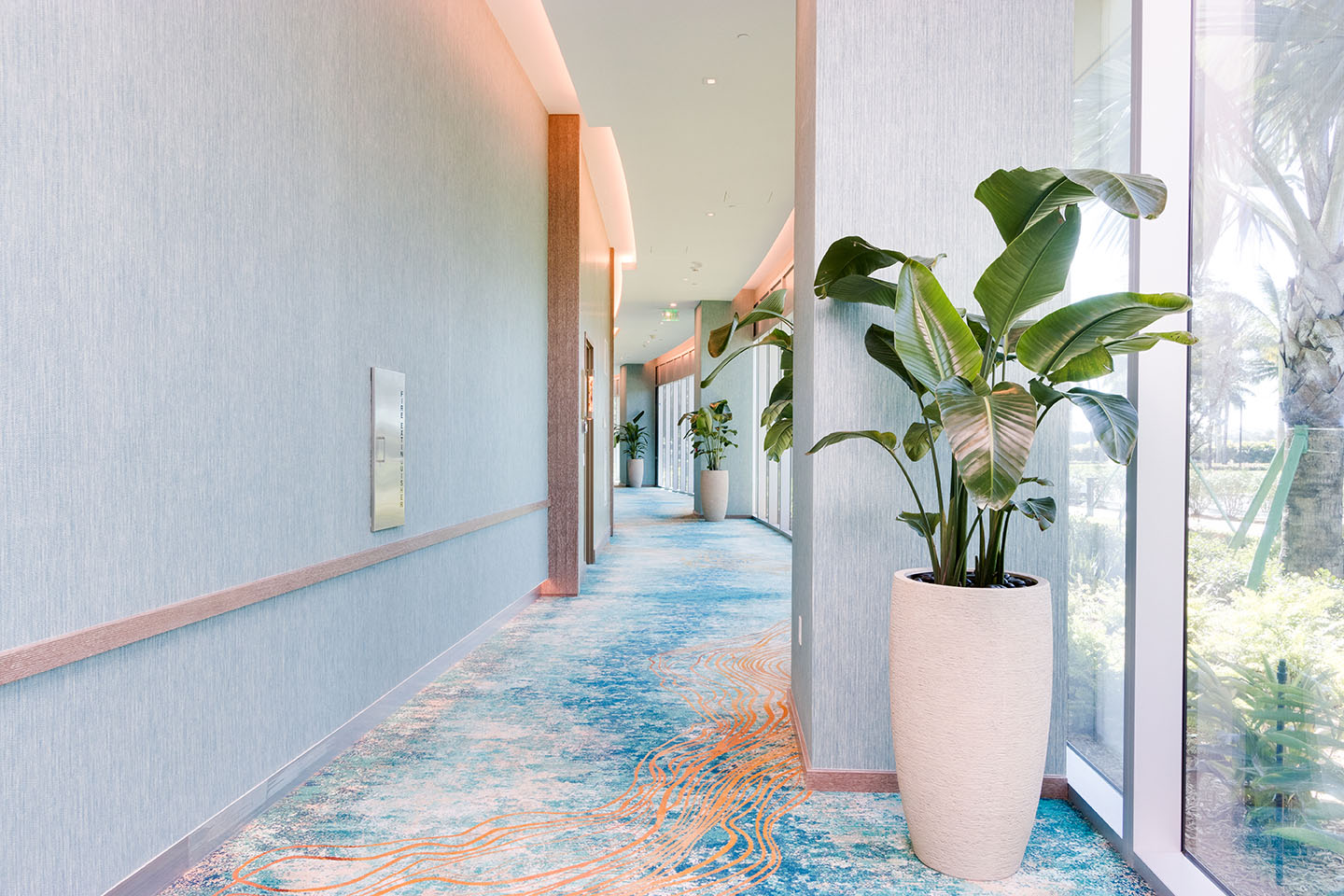 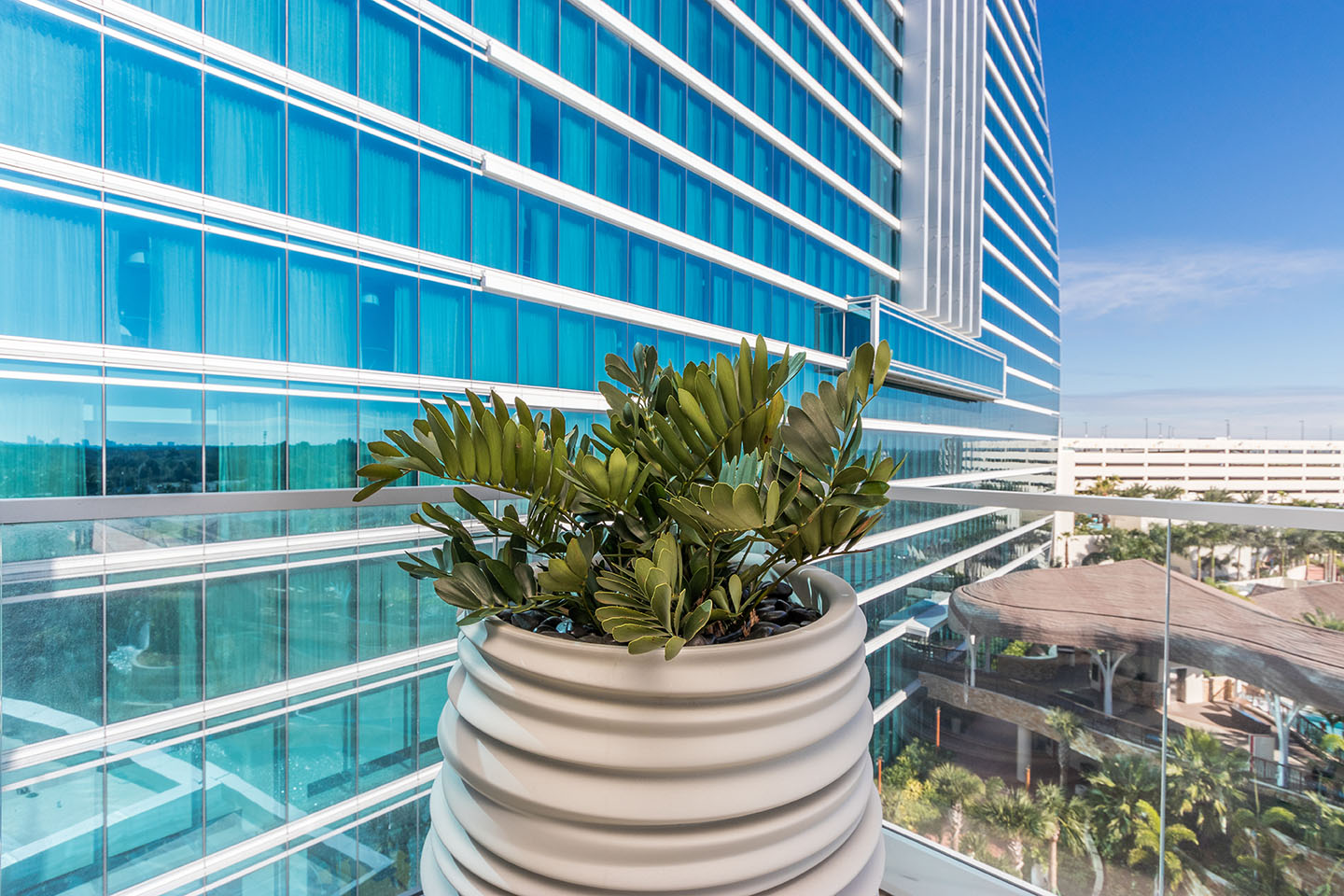 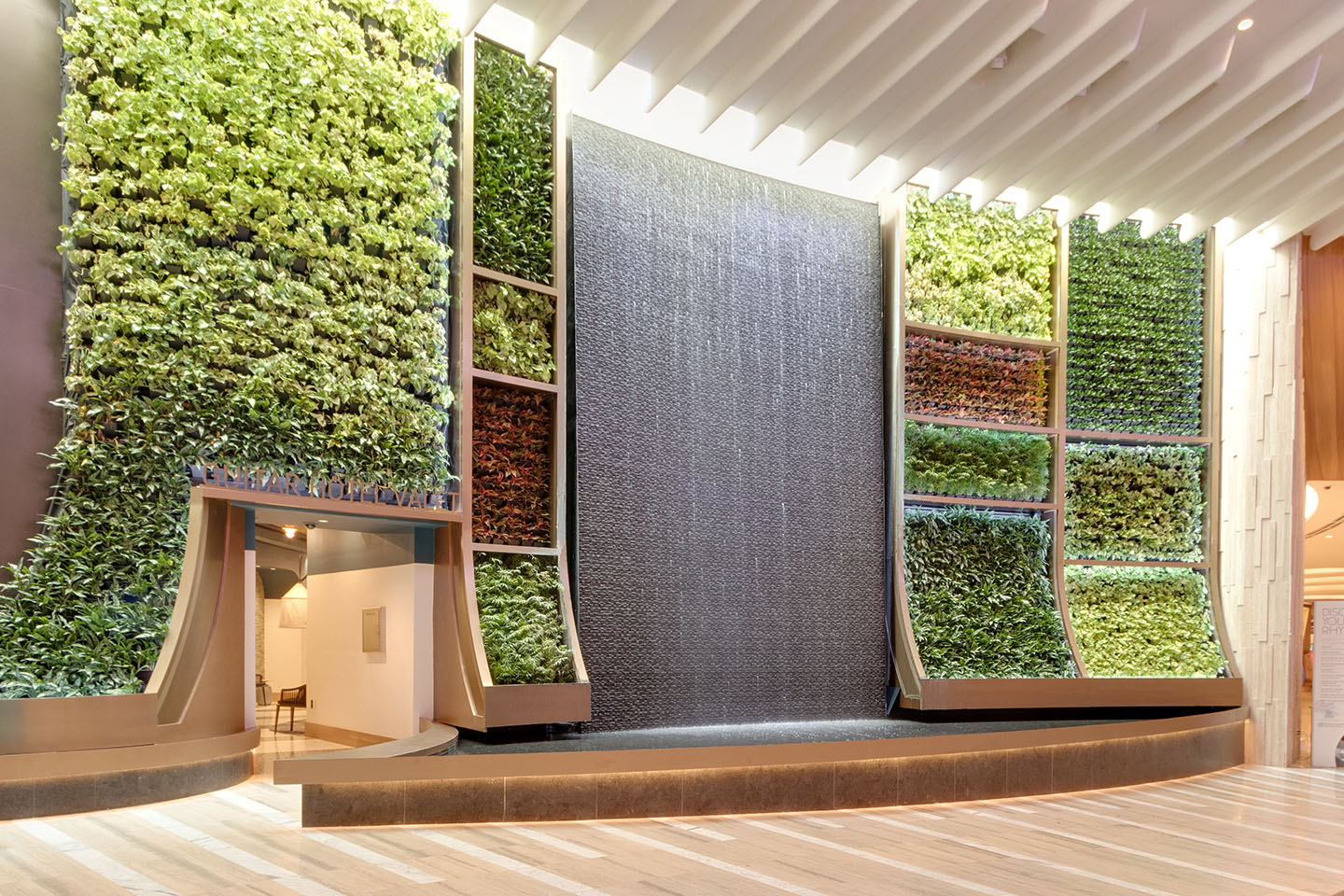 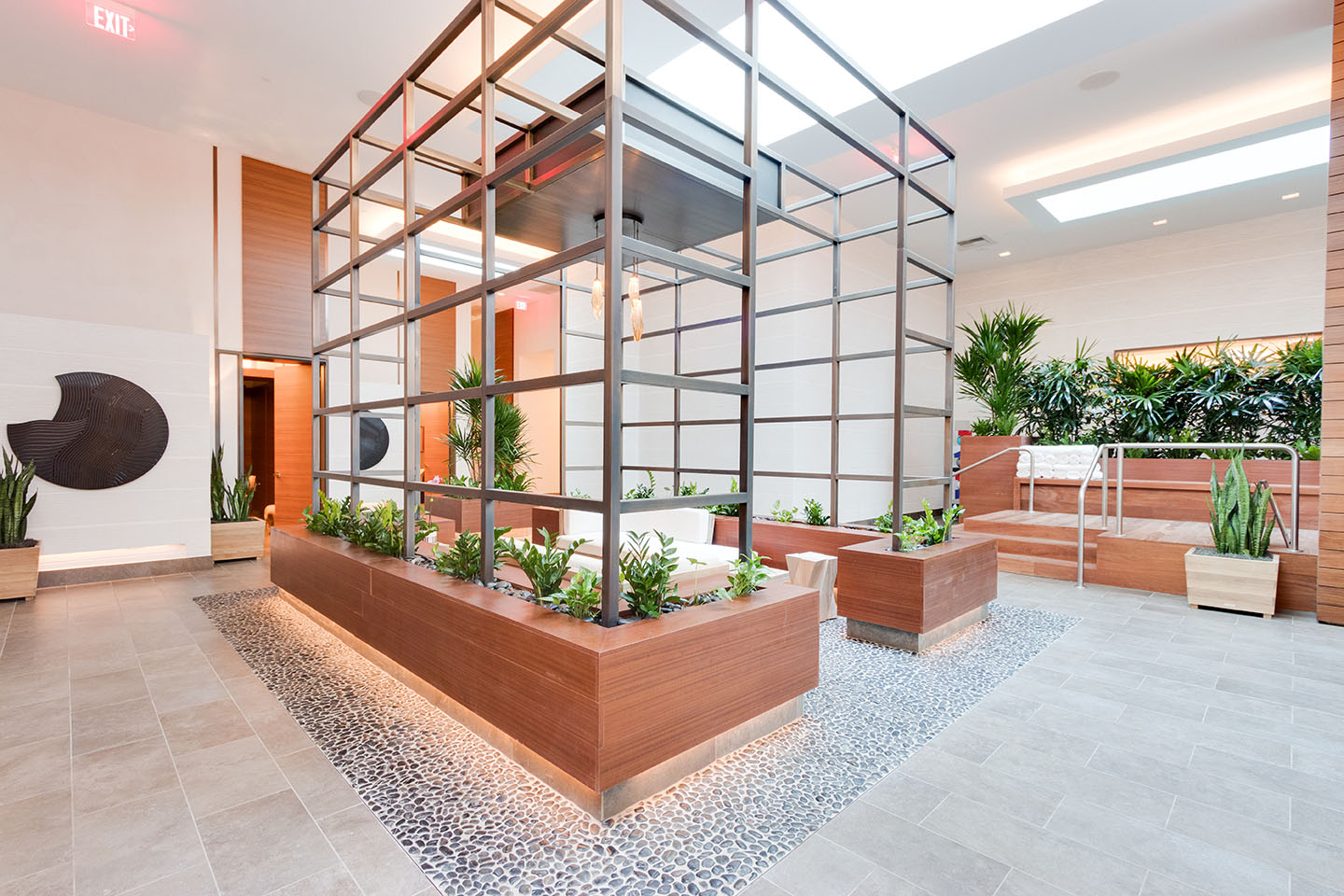 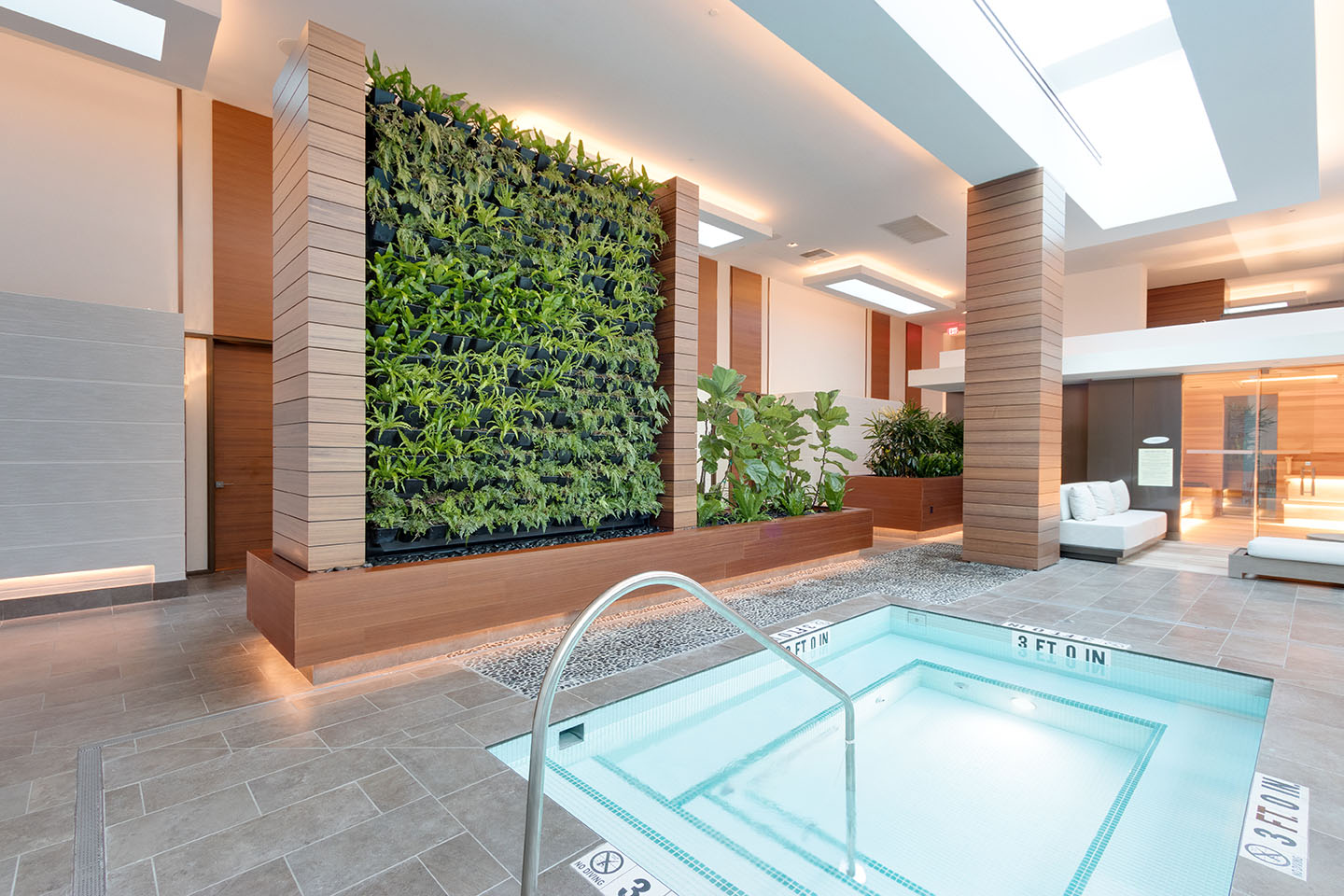 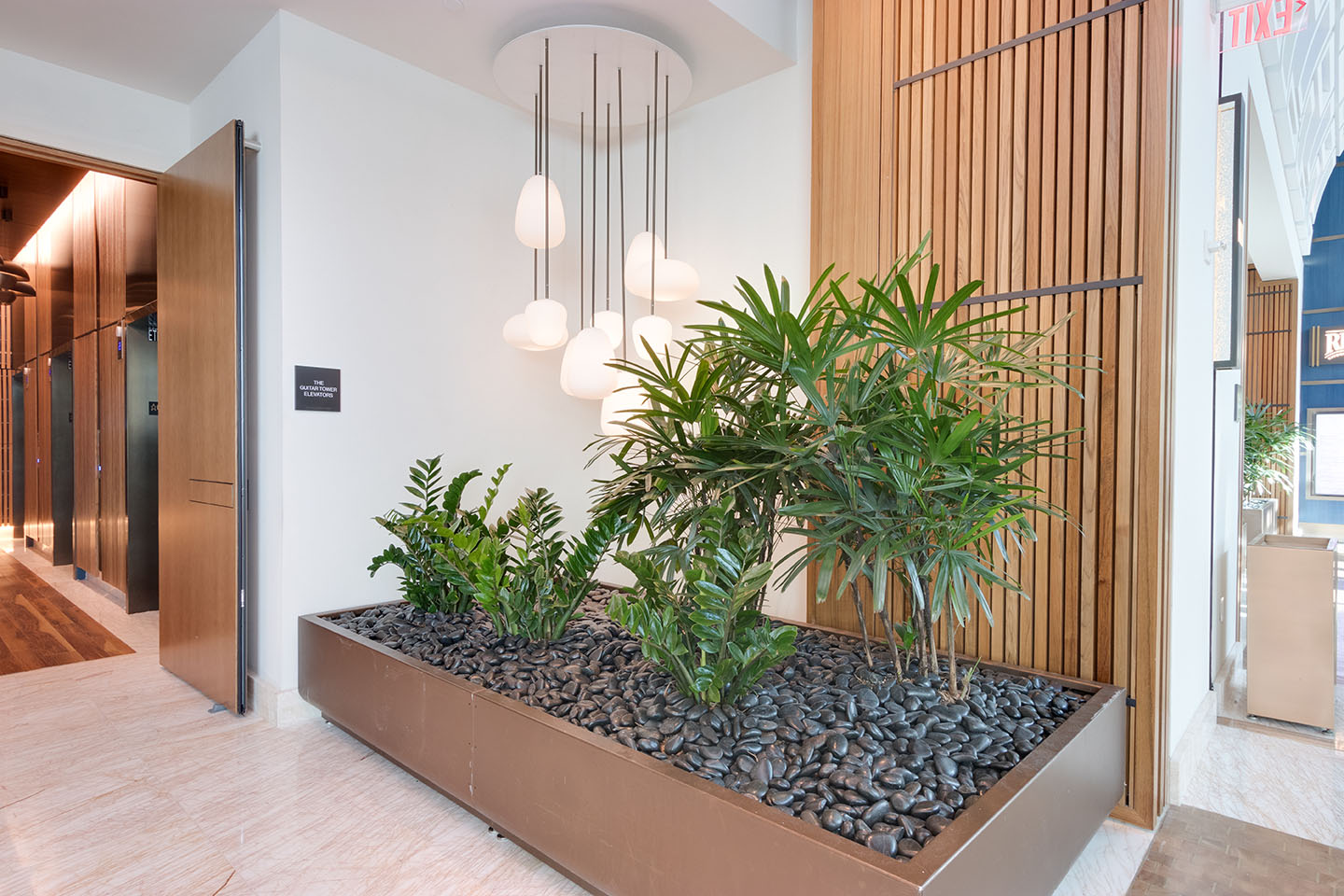 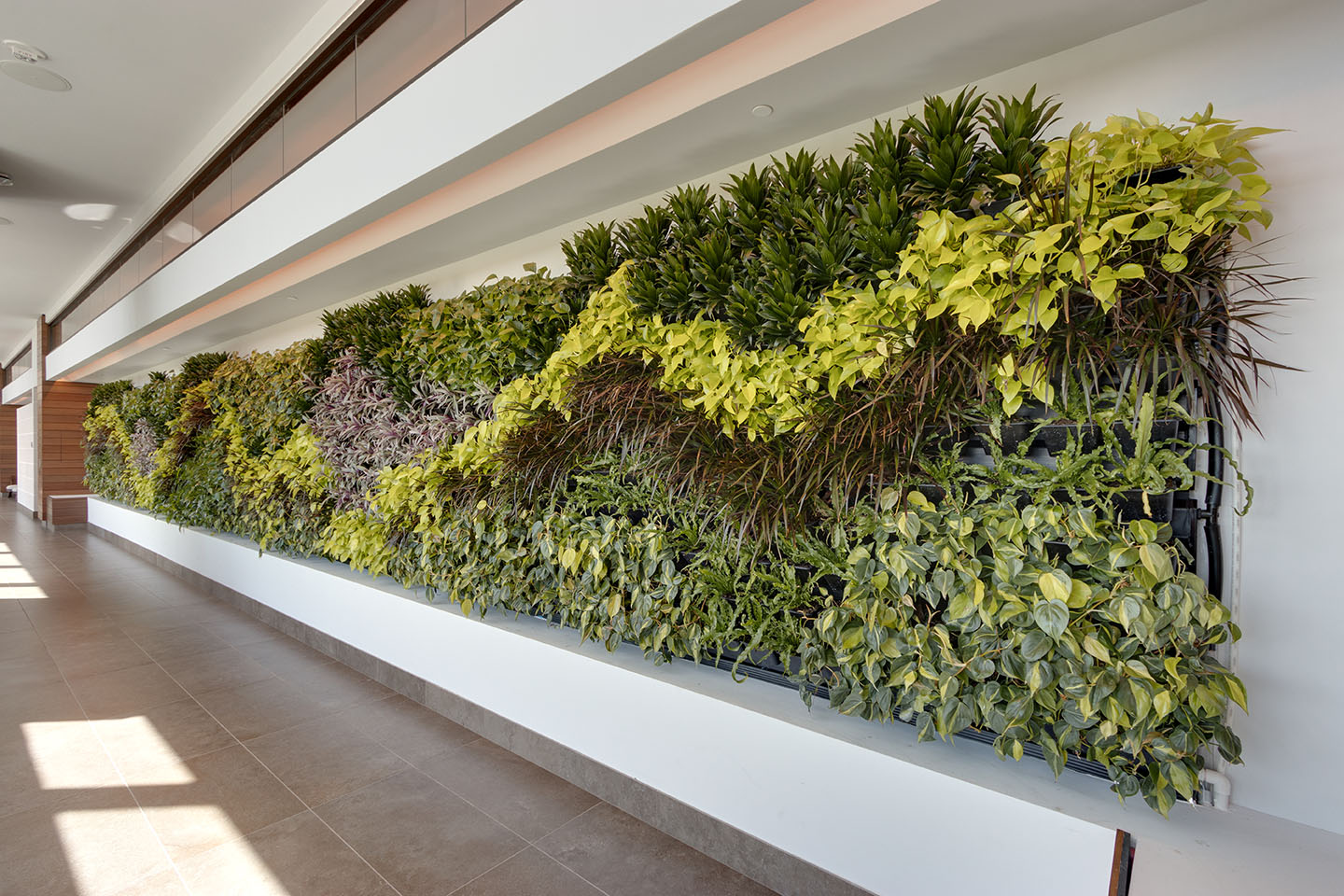 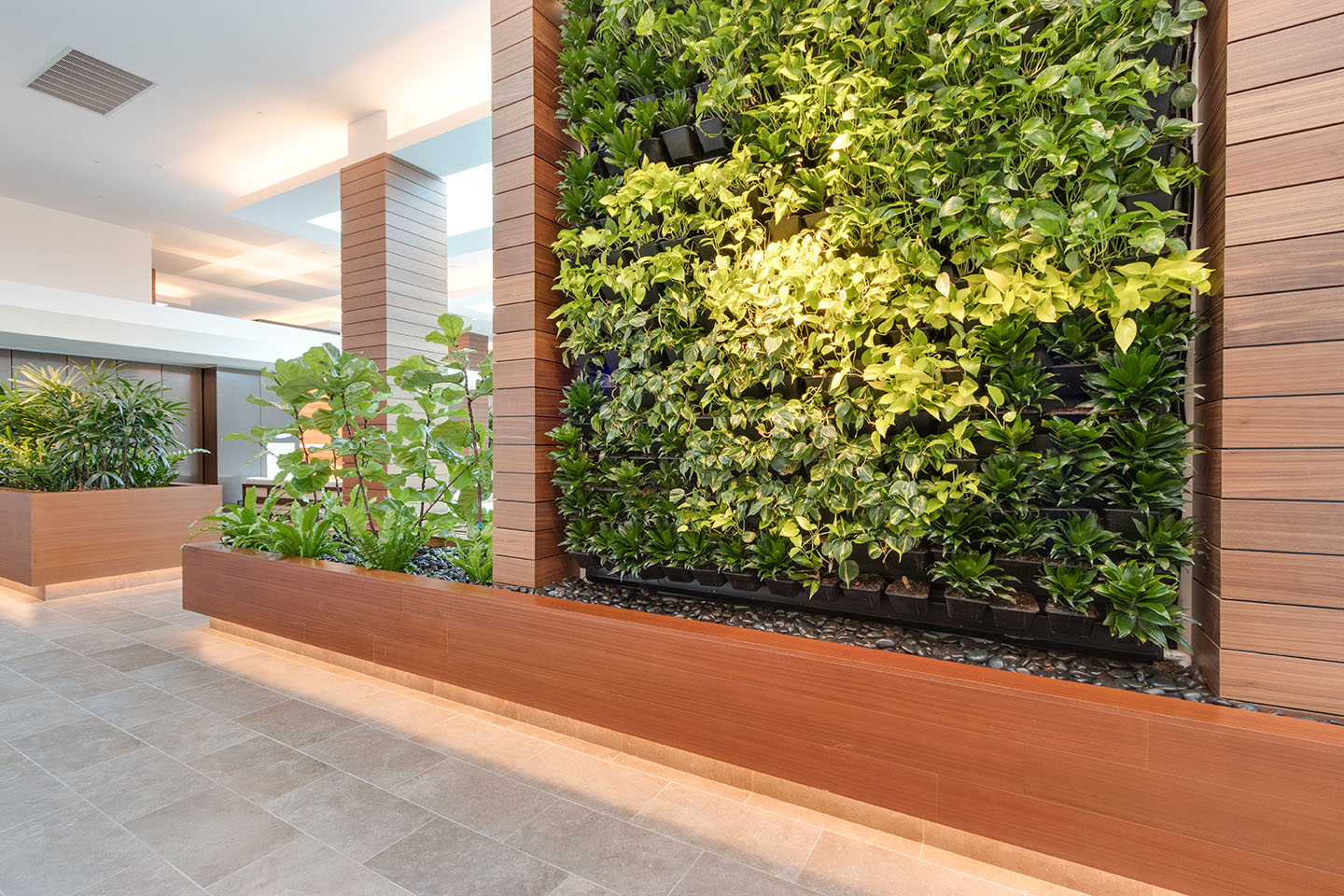 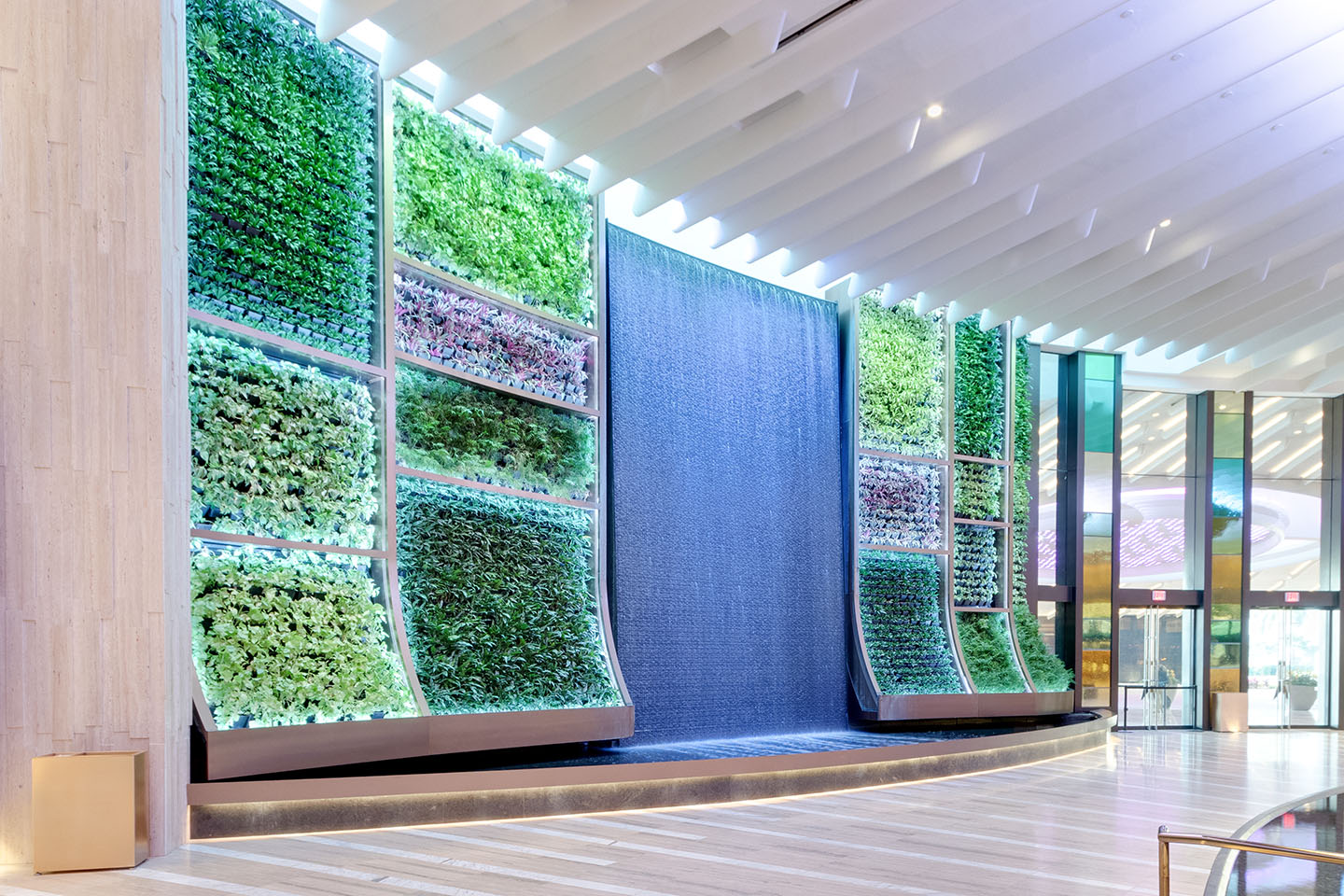 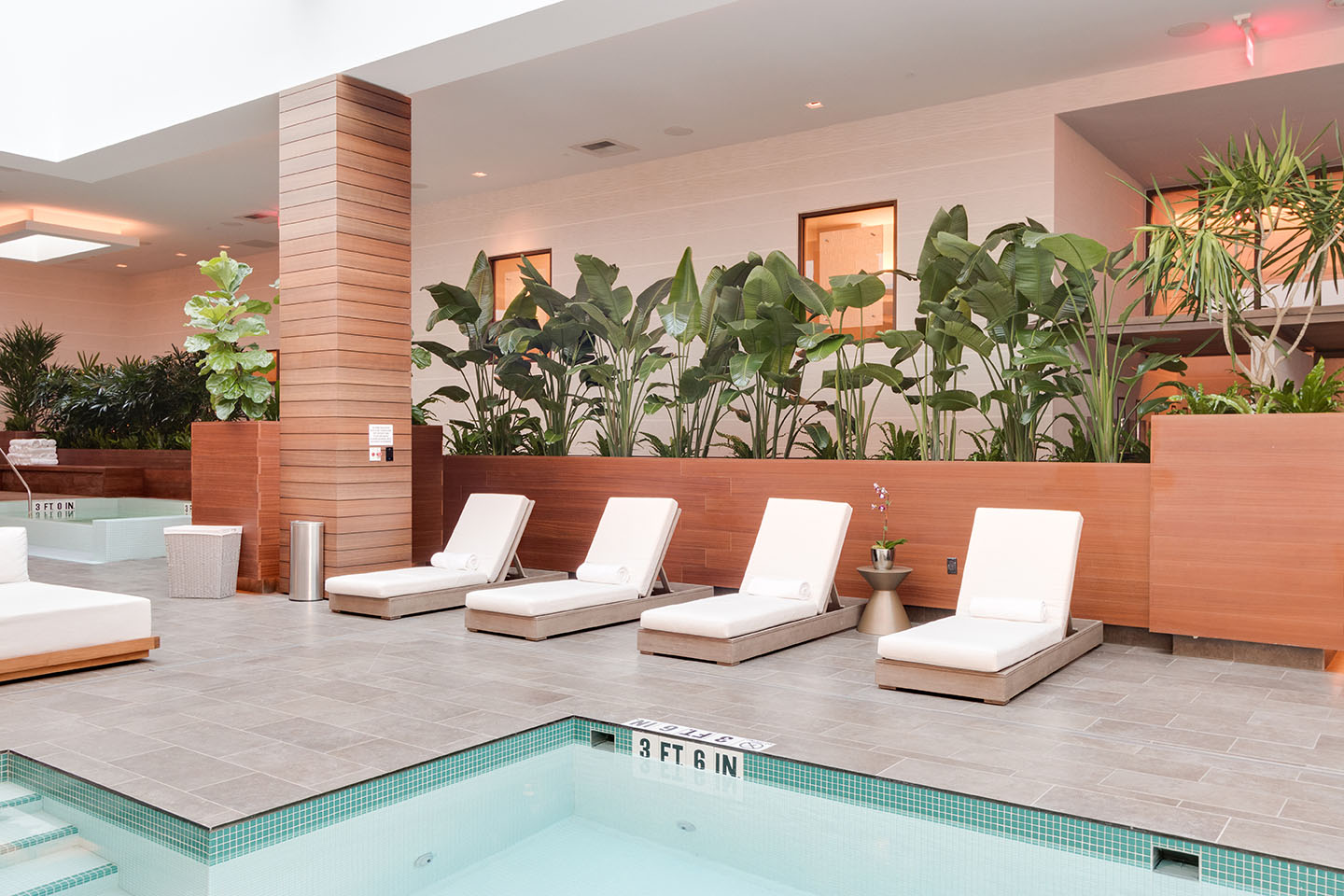